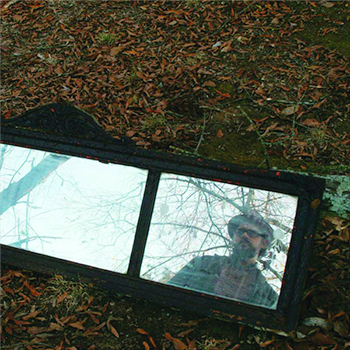 Heat Lightning Rumbles In The Distance

It's 12:01
The rain and wipers play a spooky song
As I cross the O'Neal Bridge and Colbert County line
To where the liquor laws are different


It's 12:01
The zombies are buying liquor because it's Monday morning
I'm sitting in the parking lot as they flip the sign
And I always see some friends as I stand in line
And I head to Billy Ringo's and I'll stay there til dawn
Where the music's always playing I'll take his banjo and strum along
To chase away the morning

2:45
I know she's at home sleeping as I open number five
It's this company I'm keeping that is keeping me alive
These friends of mine
A bunch of lost cases just marking time
Before life's supposed to start, guess in the end it's fine
Maybe, maybe not, ain't getting out alive

She told me she don't care if I come back there anymore
but if I do, move quietly as I open up the door
and crawl into the bedroom and pull back on the covers
In the end it's evident its over.
It's over. It's over

When it comes to leaving time

Do what you're told without a fuss

Hush little baby, have no fear
Only six more tours until the end of the year
Thank God, the package store sells more beer
Its nearly leaving time
I know everything's gonna be ok
I know it's harder when Daddy's away
But I carry y'all with me in my heart, every night and day
And I ain't never leaving
Just carrying us all to a whole bunch of places

Simply disappear
and vanish into thin air
Sometimes its much better to just not be there.

And if salty is what she craves, why am I so bitter?
She's so sweet it rots my teeth every time I kiss her
If I'm better off in fifty ways, why do I still miss her?
Misty eyed and tossed about
Thinking about things I'm better off without (x2)

I guess I'm better off without all she was about
Her mood swings so violently it's tough to stand my ground
It's so tough to stand around, pacing back and forth
Lonely is awake alone, four in the morning

While She's off to better things, better off without me
I would only hold her down until she stopped fighting
And my skin is underneath her nails since she came unbound
It's too late to turn around

Thinking about things I'm better off without (x3)

It started raining just as I dropped her off at her car. The sun was on the cusp of rising and it was still cool from late winter, but the days were now warming into springtime. She walked halfway to her car then turned around and looked at me and smiled, then ran back to my window as I rolled it down for her to stick her head in and kiss me one more time, then run back in the rain to her car. Get in and drive off.

I sat there for a time, with the rain starting to drizzle into my open window sitting in the parking lot of The Southern Touch. Thinking.

As far as I'm concerned it was the last time I ever saw her.

On the drive out to the funeral to bury my Granddaddy, it began to snow.
Growing up in North Alabama, it seldom snowed, sometimes a couple of years would go by, sometimes it might snow twice in a season, but it was still a novelty.
The sky was as grey as an open chord and as plaintive as fog in black and white.
My Granddaddy always liked snow and somehow I did too.

The drive was out the old Savannah Highway, which was still two-laned then.
We winded around dead-man's curve where that lady from the Sunbeam bread wrapper was killed in a head-on back when I was little. Out past our family's farm and to the little Methodist Church where once upon a time my Grandmother had gone to Sunday school as a little girl. The same humble structure that witnessed their marriage of forty two years and where just a few years ago I had gone to Youth Group and Methodist Youth Foundation camp-outs, hay-rides and lock-ins.

Maybe I thought about that sad snowy morning and burying my Granddaddy those few years later as I drove home in the rain. Home to my fiancé's bed, just a few weeks shy of getting married with the taste of an old high school sweetheart lingering on my lips and fingers and the rain started pouring down.
Out of the sky like a wonderful wrath from God. A God who might spite me even as I turn from his grasp and shun his embrace. I was plotting an escape that I was still a few years away from having the guts to pull off.

Years later that realization became a personal hell that followed me around for a while.

But then didn't anymore.
You can only carry hell around so long before it gets to be a drag.

Better Than The Truth

Billy Ringo liked to play his music loud
said he never was allowed to become the things that he said he
was destined for those nights, drinking at the bar
Talking about his shiny star and it's impending incline

Better than the truth

Cornbread and buttermilk, better clean your plate
He lived through The Great War and came back to his home state
Married his young sweetheart, never would complain
The world it keeps on changing but he ain't never changed

Biscuits and gravy, eggs all the way
Fought in the Navy and made it back this way
Loved his beautiful wife, now he's full of hurt

A Methodist all his life but he don't go to church

He always rose above it but nothing's as it seems
Anger has its pitfalls as does living in your dreams
His dreams they are fading, he'll make a final stand
He'd never hit a lady but he might just kill a man
Depression Era
He lived to tell the tale
He's depression era
He don't ever fail

Heat Lightning Rumbles in the Distance

I'm really not mad; I mean I'm trying hard to understand
We both had these dreams too long to let them
slip through your hands
I've got a drink or two myself to control the sting
This town got blown to tatters when you traded
in your wheels for wings

I could wish to have you here

Fifteen days til I get back home
Lock the door, throw away that phone
Always lonely but I'm never alone

Hush little baby, close your eyes
Hurt's the price for being alive
Hearing your sweet voice on the line
Don't fill these empty arms of mine


All songs by Patterson Hood © Pottery Town Music (BMI) all rights administered by Songs of Kobalt Music Publishing (BMI) except Come Back Little Star
(P. Hood and Kelly Hogan) © above and Let's Get Pinkeye (BMI)

Scott Baxendale has been building some incredible guitars for us for a few years. They are amazing hand-crafted instruments made with love and care (and only the finest of woods).
"Disappear" was written on a Kay/Baxendale Mandocello that he built for me.
Scott works out of Baxendale Guitar in Athens GA and can be reached at www.baxendaleguitar.com

Brad has pretty much always played Ludwig Drums and would like to thank Kevin Packard and all the folks there for treating him so well. Brad also wants to send special thanks to Chris Brewer and Meinl Cymbals for all they have done on our behalf.

Thanks to my family, friends, management, agents, crew, support staff, publicist, label and all of the other tons of fine folks who enable what I do and how I do it. Thanks to DBT and all of the incredible players on this album and participating in my live shows.

Buy it Now on iTunes