On the title track to Welcome 2 Club XIII, Drive-By Truckers pay homage to the Muscle Shoals honky-tonk where founding members Patterson Hood and Mike Cooley got their start: a concrete-floored dive lit like a disco, with the nightly promise of penny beer and truly dubious cover bands. “There were no cool bars in town and Club XIII was the best we had—but it wasn’t all that good, and our band wasn’t particularly liked there,” says Hood, referring to the vocalist/guitarists’ former band Adam’s House Cat. “From time to time the owner would throw us a Wednesday night or let us open for a hair-metal band we were a terrible fit for, and everyone would hang out outside until we were done playing. It wasn’t very funny at the time, but it’s funny to us now.” The 14th studio album from Drive-By Truckers—whose lineup also includes keyboardist/guitarist Jay Gonzalez, bassist Matt Patton, and drummer Brad Morgan—Welcome 2 Club XIII looks back on their formative years with both deadpan pragmatism and profound tenderness, instilling each song with the kind of lived-in detail that invites bittersweet reminiscence of your own misspent youth.

Produced by longtime Drive-By Truckers collaborator David Barbe and mainly recorded at his studio in Athens, Georgia, Welcome 2 Club XIII took shape over the course of three frenetic days in summer 2021—a doubly extraordinary feat considering that the band had no prior intentions of making a new album. “We had some shows coming up and decided to get together and practice, since we hadn’t even seen each other in a year and a half because of the pandemic,” Hood recalls. “We started demoing song ideas, and pretty soon we realized we had a whole record. It was all sort of magical.” Featuring background vocals from the likes of Margo Price, R.E.M.’s Mike Mills, and Mississippi-bred singer/songwriter Schaefer Llana, Welcome 2 Club XIII was recorded live with most songs cut in one or two takes, fully harnessing the band’s freewheeling energy. “For us it’s always about just getting together and having fun, but this time there was the added feeling of being set free after a long time of wondering if we’d ever get to do this again,” notes Cooley.

Arriving as the band enters its 26th year, Welcome 2 Club XIII marks a sharp departure from the trenchant commentary of The Unraveling and The New OK (both released in 2020). “All our records are political to some extent, but after making three overtly political records in a row we wanted to do something much more personal,” says Hood. A hypnotic introduction to the album’s sprawling autobiography, “The Driver” kicks off Welcome 2 Club XIII with a seven-minute-long, darkly thrilling epic punctuated with lead-heavy riffs and Llana’s unearthly vocals. “Around the same era of Club XIII, I spent a lot of time driving around late at night when I couldn’t sleep, listening to music loud and often having a beer or two,” says Hood. “Sometimes during those drives I’d have these epiphanies about what to do with my life—like listening to Tim by The Replacements not long after it came out and deciding to drop out of school to try and make this whole band thing work.”

The album’s swinging centerpiece, “Welcome 2 Club XIII” spins a sublimely gritty portrait of the spot Cooley sums up as “part disco, part honky-tonk, part place to score cheap cocaine.” With its litany of inside jokes and references to Foghat and The Jim Carroll Band, the track unfolds as a joyful piece of anti-nostalgia, a sentiment perfectly captured in its sing-along-fueled outro (sample lyric: “Our glory days did kinda suck”). Meanwhile, on “Every Single Storied Flameout,” Cooley shares a far more pensive recollection of his younger years. “I wrote that song when my son was turning 16 and going through a rough patch for a bit,” he says. “Luckily, he’s turned it around and he’s doing great now, but it was a tough time for a while. Part of my way of dealing with it was to take ownership of the example I might’ve set, in the hope of leading him out of it.” Graced with the radiant melodies of a three-piece horn section, the result is a spirited anthem merging Cooley’s unsparing self-reflection with a bit of rambling wisdom (e.g., “That part of you that feels alive is wired and can’t be severed from the damage-seeking part of you that runs it/Just don’t embrace it with a vengeance before you’ve even shaved with a razor that you bought with your own money”).

Although Welcome 2 Club XIII has its moments of real-time observation (including “Maria’s Awful Disclosures,” on which Cooley connects the dots between early-19th-century anti-immigrant agitprop and the noxious paranoia of QAnon), much of the album serves as a free-flowing coming-of-age memoir. “Cooley and I have been playing together for 37 years now,” Hood points out. “That first band might have failed miserably on a commercial level, but I’m really proud of what we did back then. It had a lot to do with who we ended up becoming.” And while Drive-By Truckers never shy away from illuminating the many shades of grief that come with getting older, Welcome 2 Club XIII ultimately embodies a certain world-weary joie de vivre—an element beautifully encapsulated in one of its final lyrics, from the softly stunning “Wilder Days”: “As the sun gets dizzy watching us as we go spinning around/I find it best to laugh at the absurdity of life above the ground/There’s no comfort in survival, but it’s still the best option that I’ve found.” 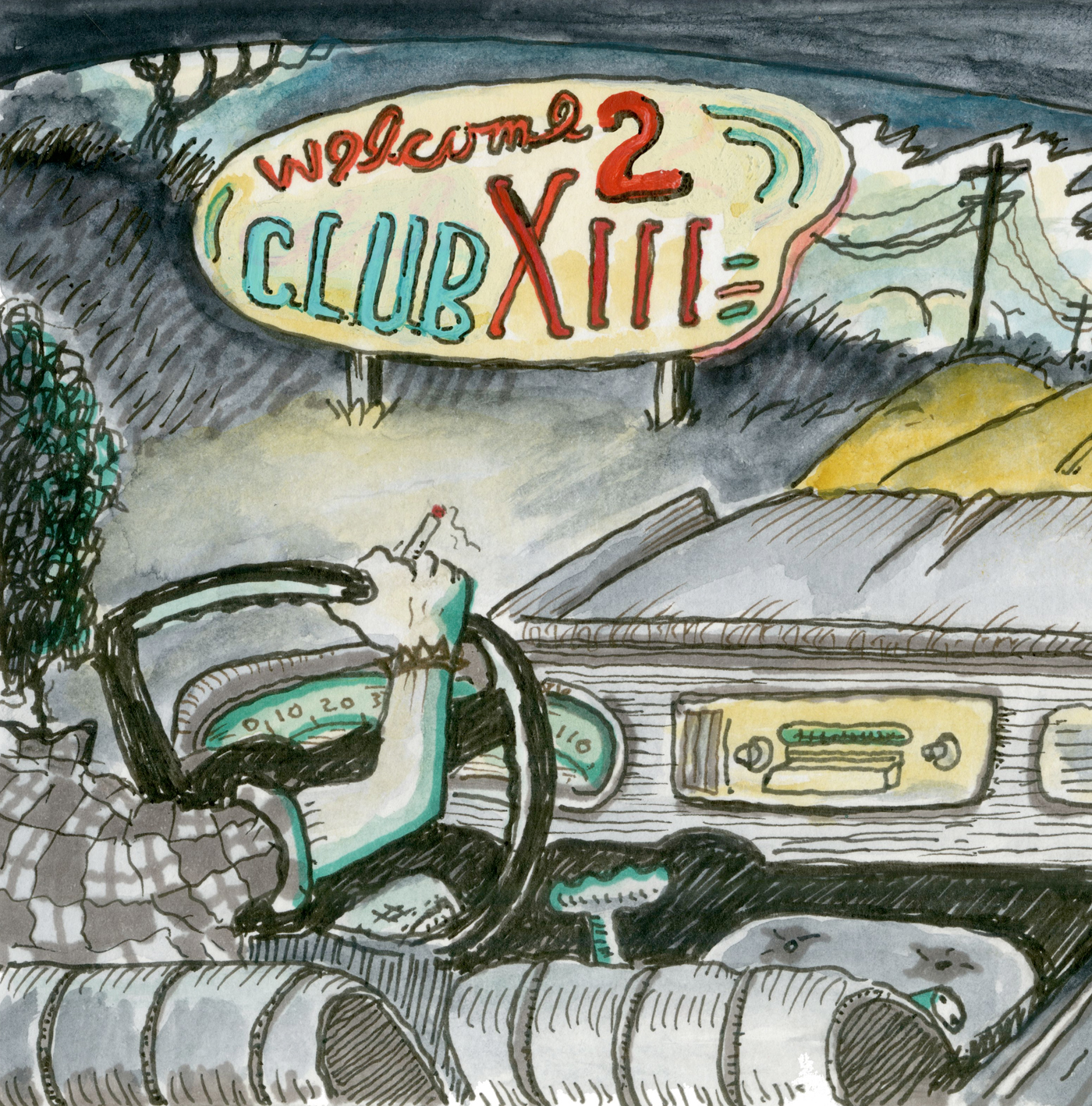 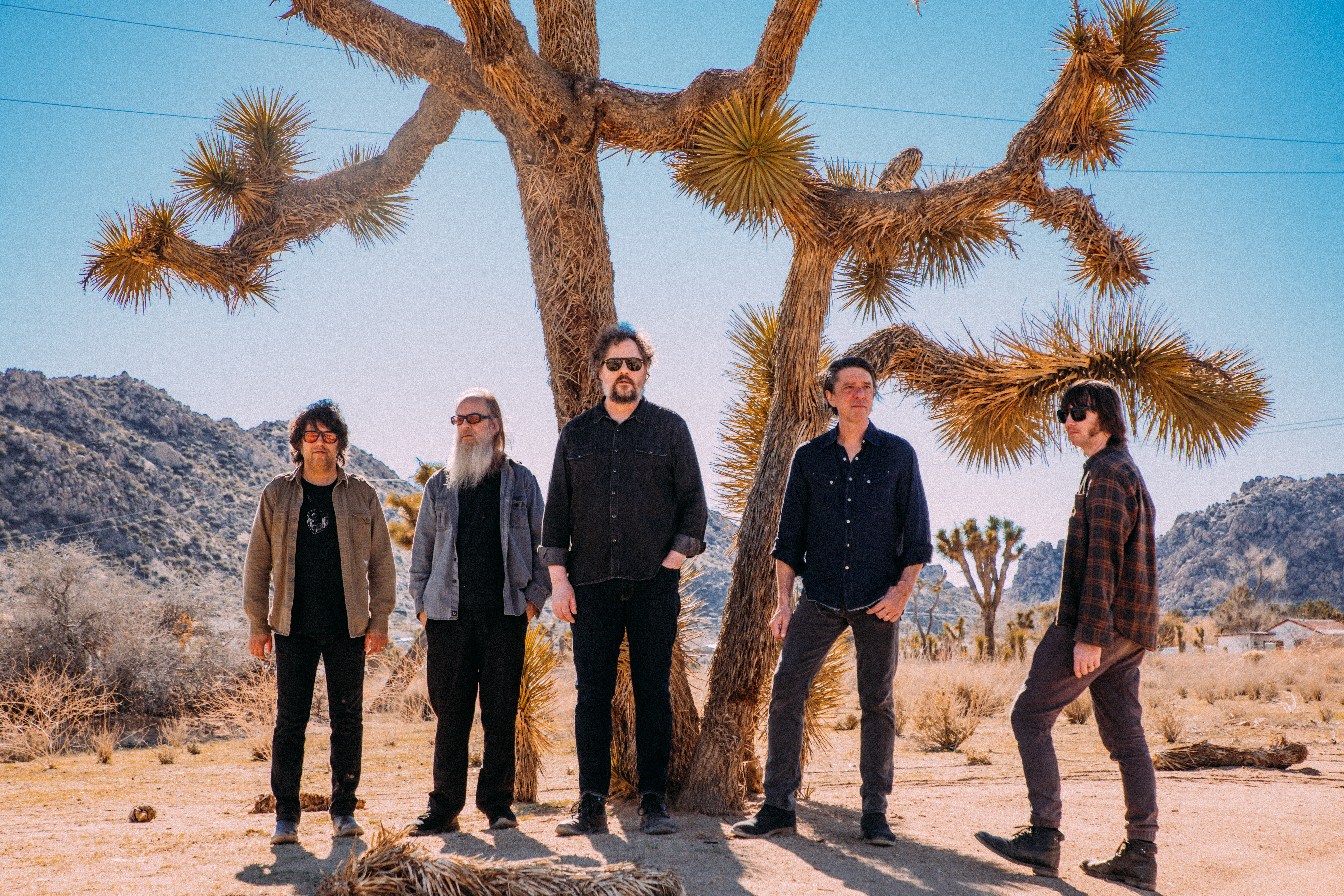